Do you enjoy your coffee with dessert?  Do you think of it as an American tradition like Baseball and Apple Pie?

One of the things that first attracted me to the Kona Coffee world (some 22 years ago) was the recipe contest at the annual Kona Coffee Cultural Festival. (Konacoffeefest.com) Pro and amateur chefs use Kona Coffee in both savory and sweet dishes for prizes and prestige. My wife and I, both avid home cooks, (she is a professional baker) never missed it.

The gourmet nature of Kona coffee and its subtle complexity immediately puts you in the mindset of a wine connoisseur and this perfectly suited our epicurean natures.

We love nothing more than to get together with our friends for long evenings of eating and drinking, but not out, at home. My honey and I have built a reputation for elaborate course meals, researched, practiced, and executed for up to 12 people. It may take us 2-3 months to fully prepare for one of those meals and so over the years, we have reduced our major hosting to twice a year, Fourth of July and Christmas.

Now, due to the COVID-19 thing, we may or may not be able to have our annual 4th of July feast this year but we have been planning it none the less. (Update: Sadly, we decided to cancel.) This year our theme is “Cinco de Mayo meets Quatro de Julio”. I know, we’re weird, sorry. Please don’t imagine we were hosting a tacos night. We have a reputation to uphold after all. The menu has evolved to this:

I know it sounds a little on the heavy side, but the final result won’t be as dense as it sounds. We do everything with a light hand and in small portions, always trying to add our own unique twist.

A Difference of Opinion

In the process of exploring the net for the dishes we wanted to make, a few issues arose to which my wife and I disagreed. My wife is a long time (20 year+) legal resident of the United States but she is not American born. So, when she told me that Apple Pie wasn’t American, I felt it my patriotic duty to educate her. It turns out she was right (dang it!)

Apples are originally from Central Asia and the first written reference to a baked pie using apples goes back to England in the 1380s. In the mid-1800s, the noble apple pie becomes a staple in the cooking repertoire of American housewives and Innkeepers. The first truly American cookbook, American Cookery, written by Amelia Simmons and published in 1796 has two recipes for Apple Pie. It is believed that because these pies use mostly apples (and a little cranberry), as opposed to adding figs, raisins, pears, and saffron, etc. as had been done in more traditional versions in Europe, our version of Apple Pie began to be seen as uniquely American. During WWII when soldiers were asked what they were fighting for, “Mom and Apple Pie” became a standard reply, and Apple Pie’s status as a symbol of America was forever etched into our cultural lexicon.

If you’re thinking to yourself, (as I did) “What about Johnny Appleseed?” Regrettably, I have more childhood-hero-destroying news for you. It is apparently well documented that the majority of apples planted by John Chapman (a.ka. Johnny Appleseed) were not intended for eating but for making hard cider. No wonder he was so loved by frontier settlers!

Ok, she was technically right, but I grew up with homemade Apple Pie, and eating it on the Fourth of July while playing with fireworks is a family tradition. So right or wrong, it’s on the menu with homemade Vanilla Ice Cream.

The next issue and the main focus of today’s blog is about when to serve the coffee. My wife insisted that coffee is the last thing served. Her position is that after all of the dishes and food are removed from the table and the table gently cleaned, the coffee is served. My position was that coffee and dessert were served together. This issue has arisen before and our solution was to offer it for both during dessert and after. Ultimately, we found that it is the host’s choice, but how we got to that place was an interesting journey of discovery.

The word dessert in English derives from the French, “Desservir” which translates as “to clear the table”. Score a point for my wife. As we probed into this, we learned that when course style dining, as opposed to putting all the food on the table at once, came into fashion, indeed dessert preceded coffee. Not to imply that there are not endless variations, exceptions, and family customs, but our informal research shows traditional French or Italian course menus something like this:

These European traditions informed etiquette in high society in early America. Customs of smoking, after-dinner liqueur or cognac, sweet wines with dessert, men and women separating after the meal, were also traditional aspects of these gatherings.

I wondered when the dessert and coffee courses combined, and although I haven’t been able to pinpoint a specific event, it seems that there were a lot of factors that contributed to this.

Americans, for whatever reason, didn’t cling to the long, 3-hour meal model. Fast food is an American invention (White Castle 1921) as well as Drive-Ins and Drive-Thrus. It makes sense to shave a bit of time off the meal by serving coffee and dessert together. In addition, restaurateurs, hoping to flip tables a bit quicker may have given legitimacy to this practice. (If they do it at the nice restaurant that’s how it should be done at home…right?)

Add to our list of factors America’s insatiable sweet tooth. According to World Health Organization statistics, Americans eat more sugar than any other country in the world, averaged to 126.4 grams per person per day. That is just over a quarter pound of sugar per day! Many people, (myself included) use coffee to help balance the sweetness of the dessert. Once I really got into coffee, noticing the interplay between the flavors of the coffee and dessert, much like a wine pairing, also became a goal. Many countries around the world use this same concept for the mid-day coffee break, always offering something sweet with the coffee.

As health trends, fad diets, and general nutritional awareness evolved, more and more people were choosing not to eat dessert after the meal and in a social setting, having something in front of you (coffee or tea) when others were eating the dessert seemed more natural and comfortable.

This next one may be a stretch for some, but my inner detective has a hunch it played a part. Remember that in European cultures, the final coffee would be a very small espresso cup, (or demi tasse) 1.5-3oz of coffee. This served a few well-documented purposes, aiding in digestion both as a warm liquid to keep oils from solidifying in the stomach and as a mild diuretic. The 40-ish milligrams of caffeine would be just enough to perk you up and get you on your way home but not enough to keep you up all night.

As traditional American dining is usually “family style”, where the table is set with all of the dishes and everyone eats their fill within a 20-30 minute window, (Slightly longer when we eat out) our stomachs fill rapidly causing a digestive reaction that makes us feel sluggish. In protein and carbohydrate-rich diets (think meat and potatoes with bread) a spike in post-meal serotonin levels causes drowsiness. I personally believe we started to use dessert coffee (6-8oz cup hovers around 100 milligrams of caffeine) to counteract the sleepiness.

Over time it seems, for a combination of all the reasons stated above, (and most likely others) coffee and dessert being served together became normal and many people simply grew up with this custom and came to prefer it that way.

In the year 2020, certainly many places around the world serve coffee & dessert as a set, but while I can no longer claim Apple Pie is an American creation, I can proudly smile that post-dinner coffee with dessert is part of our unique cultural identity.

Just in case you were wondering, we plan to serve our Mexican coffee with dessert. American style.
Happy 4th of July! 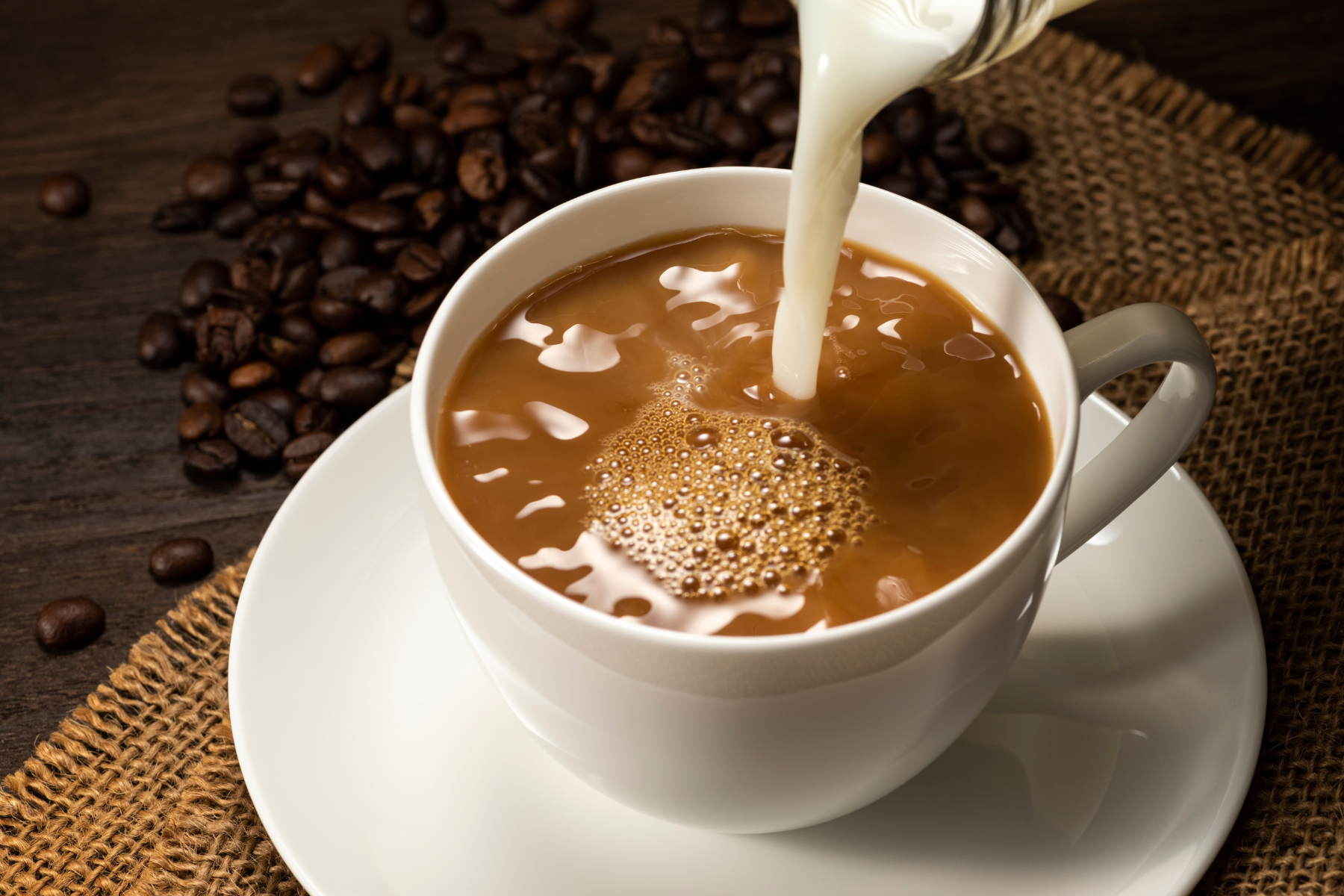 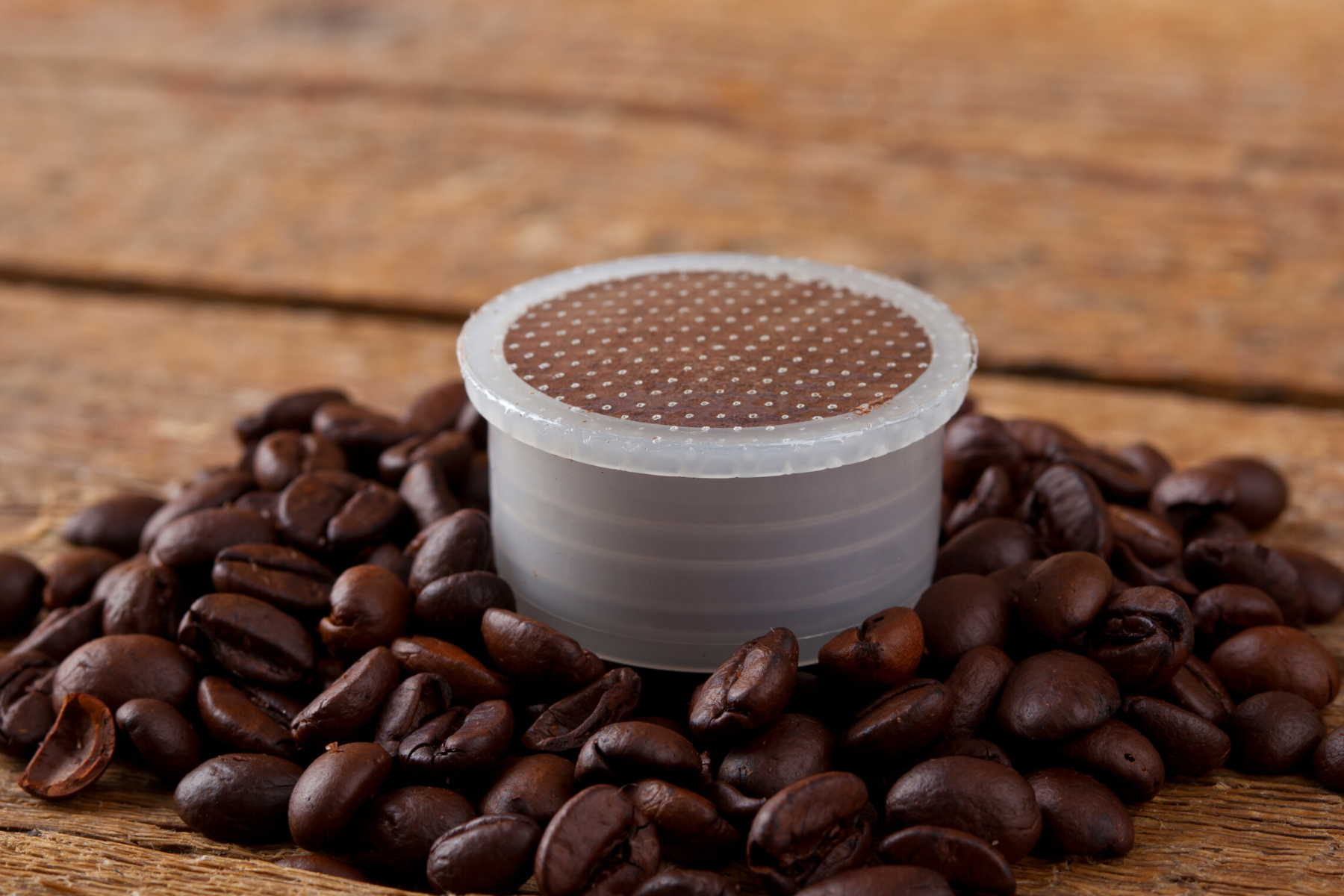 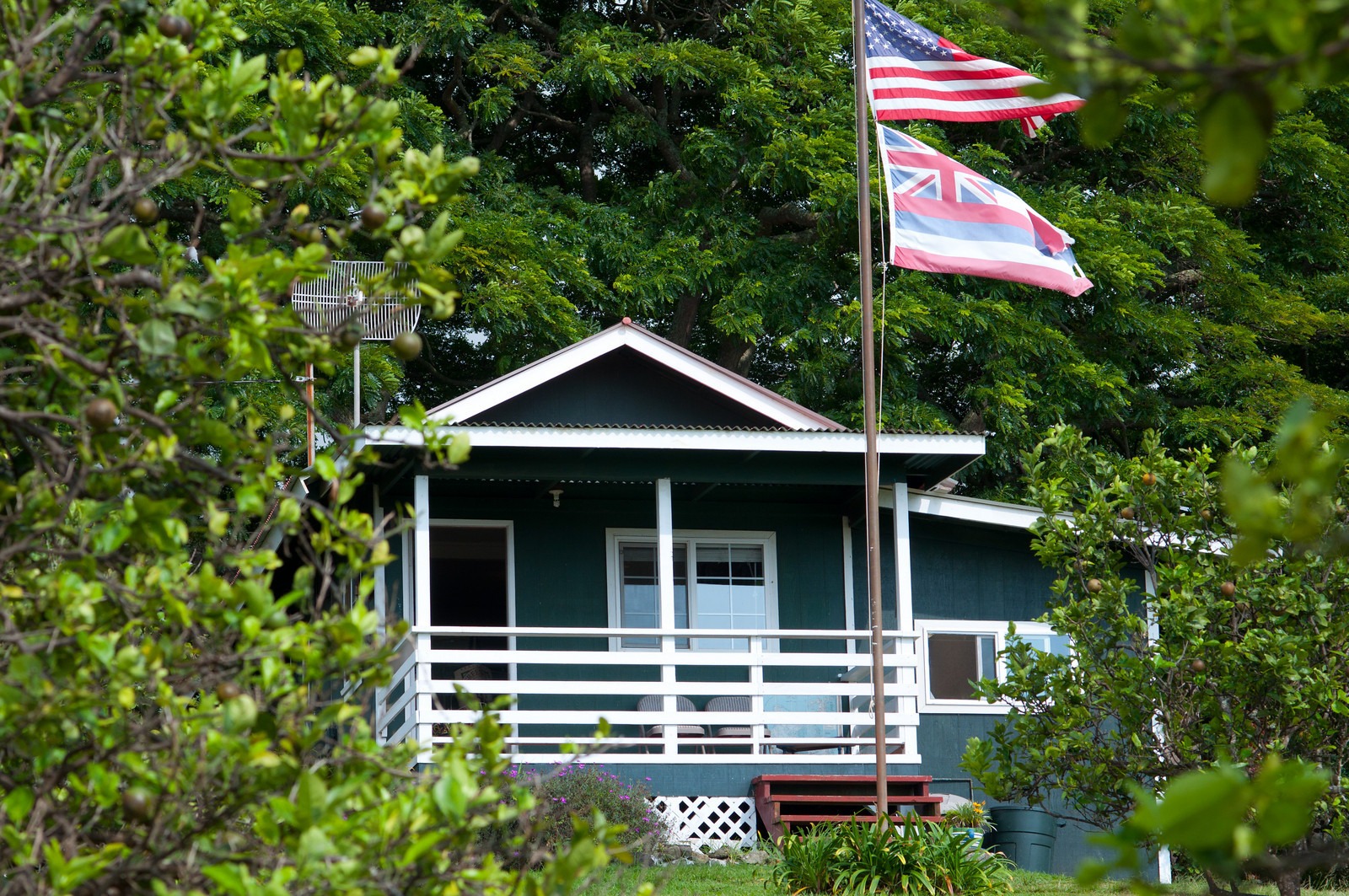