July 19th is National Ice Cream Day and in celebration,  I’d like to share with you how to make the perfect 100% Kona Coffee Affogato. If you are not a regular Affogato drinker, add it to your repertoire of simple but satisfying desserts that require little prep time.

On a quick news note, our blog was recently included in the Top 100 Coffee Blogs on Feedspot. So thank you for that! 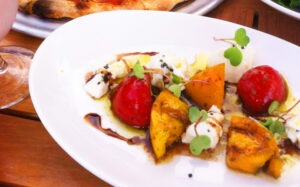 Consider for a moment a Capri Salad. Beautiful ripe tomatoes, fresh mozzarella, fresh-picked basil leaves, a drizzle of Olive Oil and Balsamic Vinegar, salt, and pepper. So simple, so easy to make, but the interplay between those ingredients, textures, aromatics, and flavors is complex and stunning. One of the reasons I love Italian Food.  (By the way, if you ever want to try the original Insalata Caprese omit the vinegar and basil, and use arugula and freshly dried oregano.)

In the same vein, the Affogato, a two-ingredient combination of ice cream and espresso while so simple in concept delivers sweet, bitter, cold, lukewarm, hot, creamy, velvety goodness, that satisfies, energizes, and soothes all in the same sitting.

So today, let’s cover the basics of the perfect Affogato, and I will share some of my favorite variations. First, let’s look at a brief history of ice cream.

The Story of Ice Cream

I personally love ice cream. When I was a kid, going out after dinner in summer to get a chocolate-dipped ice cream cone was a thrilling adventure with a powerful reward. Taking my own kids for after school ice cream snacks to this day fills my heart with sweet, joyful memories.

Apparently, I’m not the only one. Ice cream is the most popular frozen dessert according to the IDFA (International Dairy Foods Association) and consistently ranks in the top 5 of favorite desserts around the world. Americans consume on average 5.5 gallons of ice cream per year, and I’m pretty sure my family does that in half a year.

In my lifetime, in the same way that Folgers drinkers became specialty coffee drinkers, or Bud drinkers turned to Blonde Bocks and IPAs, ice cream has transformed from simple, single flavored creams to multi-flavored, gourmet ingredient, proprietary blend concoctions that tickle the taste buds in ways previously unimagined. The good news for us in Hawaii is that no matter how much ice cream we eat, our flip flops (slippahs) always fit.

The origin of Ice Cream goes back a few hundred years B.C., although no specific inventor is credited. Persian stories of snow, topped with honey and juice or fruits go back a couple thousand years. It is believed that Marco Polo brought a recipe back to Italy from China that resembles modern-day sherbet. Royals loved the frozen treats and fabulous tales surrounding royal marriages and secret ice cream fetishes abound. However, the cream, sugar, egg, and milk version officially appears in France in the late 1600’s.

It is said that American presidents loved ice cream as well. George Washington was said to have spent a small fortune for it in the summer of 1790. Thomas Jefferson created his own unique recipe for Vanilla ice cream, and Dolly Madison served Strawberry ice cream to thrilled guests at her husband’s second inaugural banquet.

Keep in mind that this is all happening pre-modern-day-freezer technology, so ice cream was still a rare and special treat, made by putting a bowl of cream in a bucket of ice and salt. Once the ice cream was made it couldn’t be stored for a long time and had to be consumed quickly.

During the 1870s, refrigeration technology makes it possible to produce, transport, and store ice cream, allowing it to become a treat for the masses. That popularity results in an explosion of new recipes and new ways of enjoying it, including ice cream sandwiches, sodas, cones, and sundaes. (For the interesting origin of Ice Cream Sundaes click here.)

The magical frozen treat appears in stores in the 1930’s and because ice cream was such a morale booster, in 1943, the United States Armed Forces becomes the biggest ice cream producer in the world.

In the 1950’s the frozen section of the new supermarkets saw ice cream flavors compete for space. Have you ever tried Lady Borden’s Cherry Coconut Ice Cream? (Sadly, before my time.)

The late 1960’s had a strange ice cream fad, astronaut ice cream, the freeze-dried Neapolitan that every kid had to try. (Although NASA astronauts famously didn’t like it) Baskin Robbins, founded in 1945, was bought by United Brands Company in 1967 and went international, now boasting some 8,000 stores in 52 countries. Having 31 one flavors (one for each day of the month) proved very popular with consumers.

In the late 80’s and early 90’s, we see the rise of specialty brands like Ben & Jerry’s and Haagen Daz. Ben & Jerry’s would eventually be bought by Unilever and Haagen Daz by Pillsbury which in turn was absorbed by Nestle and these big-money players would help fuel demand for specialty ice cream all over the world.

More recently we have seen the rise of Cold Stone or Marble Slab Creameries allowing customers to choose “Add-Ons” folded into their gourmet ice cream before their very eyes in a sort of ice cream theater with premium prices. New franchises like Subzero uses liquid nitrogen to actually freeze your ice cream right in front of you.

The ice cream industry has become an ultra-competitive, ninety-billion-dollar a year behemoth. It is interesting to note, however, that Vanilla and Chocolate are still considered the two most popular flavors.

Ok, now that I have done my National Ice Cream Day duty, let’s explore the Affogato. Two of the best things in the world, Ice Cream, and Coffee!

If you are new to the Affogato world, it is considered an Italian creation and literally translates as “Drowned”. That’s because in its simplest form it is a shot of espresso poured over a scoop of vanilla ice cream or gelato.   There are some basics however that you will need to know:

a) Always chill the bowl
No matter what you are using, metal, glass, or ceramic, having that chilled vessel will help the ice cream “stand up” to the hot espresso just a little longer.

c) Always make your espresso just before using
No pre-made heat in the microwave, instant or bad coffee. The better the coffee, the better the Affogato.

d) One healthy scoop of ice cream to 3 ounces of espresso
This is a preference that you can play around with but don’t overdo the quantity of either.

f) Choose serving dish wisely
Many people like to drink the Affogato when all of the ice cream is gone or melted. If you serve it in too fancy of a dish, your guests might feel hesitant to drink from it. When I’m serving guests, I try to use a cup and saucer style, or cocktail glass to grant unspoken permission to my guests that they can drink to the bottom.

g) Keep it simple
Although variations abound, adding sprinkles, chocolate syrup and whip cream to your Affogato take it out of the realm of the simple. If that is your thing I won’t judge, but to me, the genius of this dessert is in its simple complexity.

Now because Greenwell Farms specializes in 100% Kona Coffee, there is another layer of nuance in my preparations below. Kona Coffee has its own unique subtleties with notes of fruit, citrus, caramel, and cacao with an exceptional aroma that will all come through in your Affogatos. Also, if you don’t have an espresso maker, you can hand pour or AeroPress your shots, but just keep in mind there will be some differences. Using a slightly higher amount of grounds per liquid should help. (try 15:1 ratio rather than the traditional 16:1)

Here are my 4 favorites below:

Affogato con Biscotti
1 scoop of vanilla bean gelato or ice cream
1 high-quality biscotti (of your choosing)
3oz shot of Greenwell Farms Jeni K Dark Roast
(Sometimes I need something crunchy. Some people crumble the biscotti over the ice cream but I prefer to have it on the side whole. The Jeni K has wonderful fruity notes that really interplay with the cream and biscotti.)

Have a wonderful summer and remember that serving ice cream is always cool. 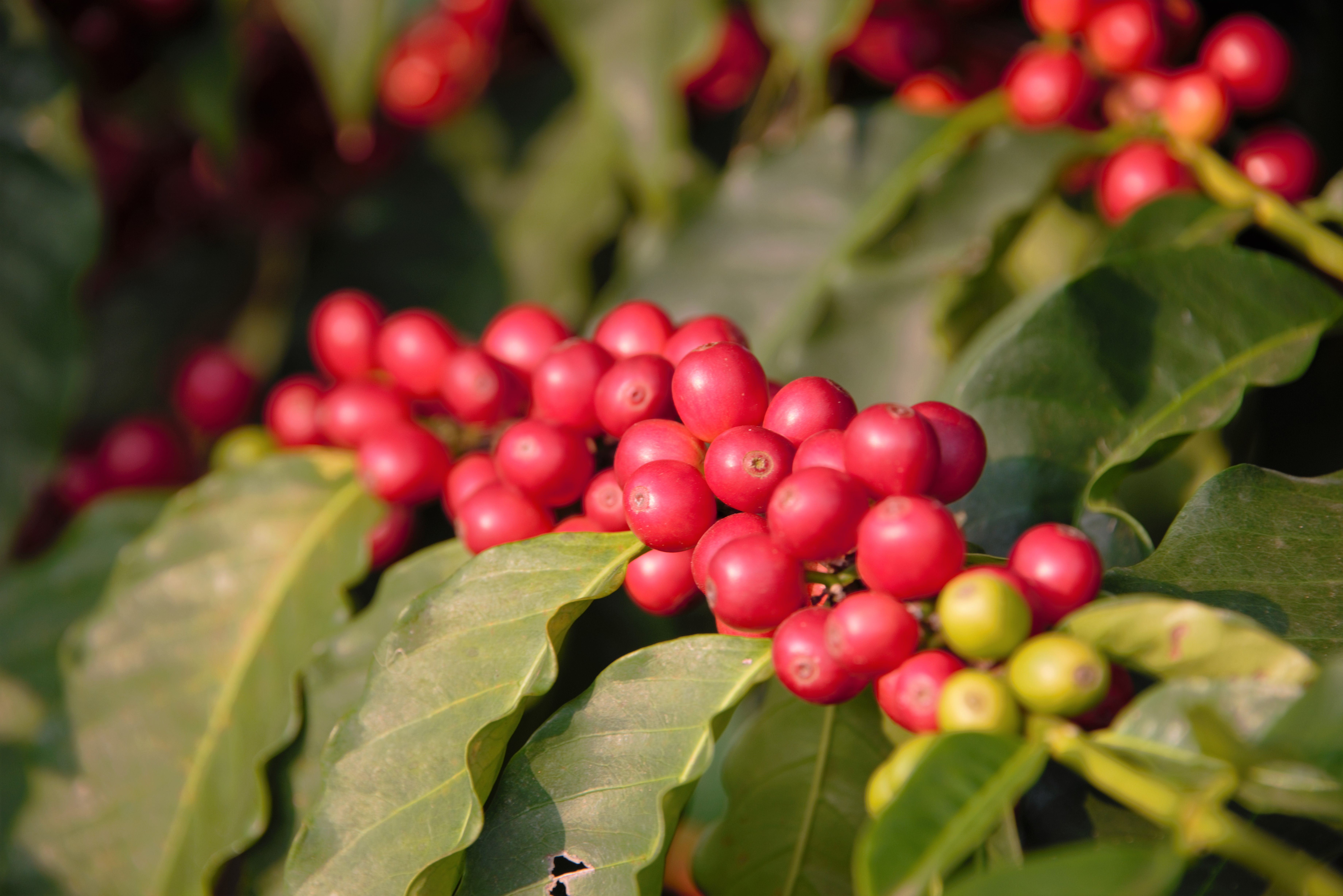 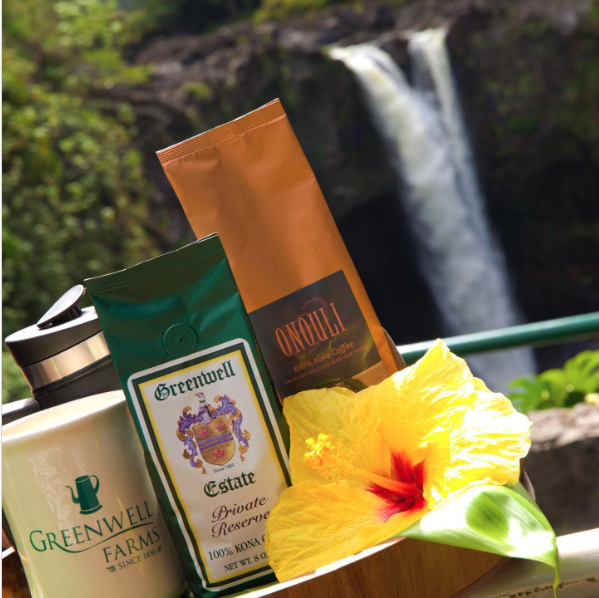 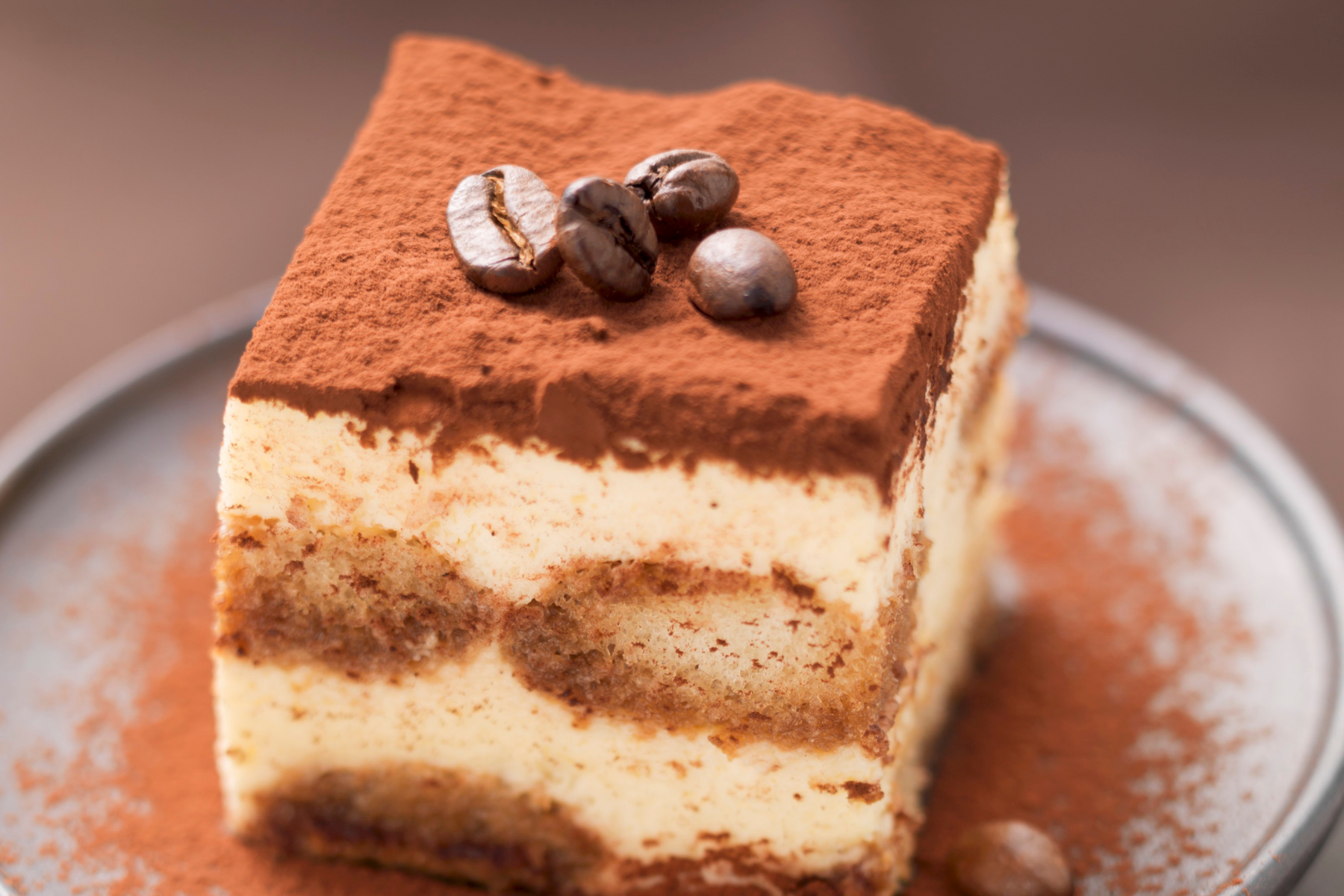